While much of India’s industry shut down during the nationwide COVID-19 lockdowns, the water quality in the Ganga basin flourished. The suddenly clear blue rivers serve as a powerful reminder of India’s water challenges and the need for better industrial water treatment.

Foul-smelling rivers covered in toxic foam turned clear and sparkling as India settled into month-long COVID-19 lockdowns. Along the Ganga basin, the waters of the Ganga, the Yamuna and the Hindon responded rapidly to the absence of the large volume of untreated industrial effluent that is usually discharged directly into the rivers.

Measurements of the water quality in the Ganga conducted by the Indian Institute of Technology (Banaras Hindu University) showed improvements of up to 50 percent, according to the Business Standard.

The sudden improvement in both visual appearance and smell has caught the attention of both the local population, government organizations and the media. And it serves as a powerful reminder to industries to take improved water treatment seriously.

The Times of India reports that the Central Pollution Control Board (CPCB) are planning an assessment of effects of the lockdown on the Yamuna river. This is partly on the urging of the Yamuna Monitoring Committee, which has been appointed by the National Green Tribunal (NGT).

The section of the Yamuna river that flows through Delhi is less than 2 percent of the total length of the river. Still, the small Delhi stretch accounts for 76 percent of the pollution in the river. A significant factor is undoubtedly the hundreds of local industries who discharge their untreated wastewater directly into the river, in violation of state regulation.

Motivated by the growing threat of water scarcity and government initiatives like the NGT and the Namami Gange clean-up project, many industries are already taking measures to clean up their water effluent. 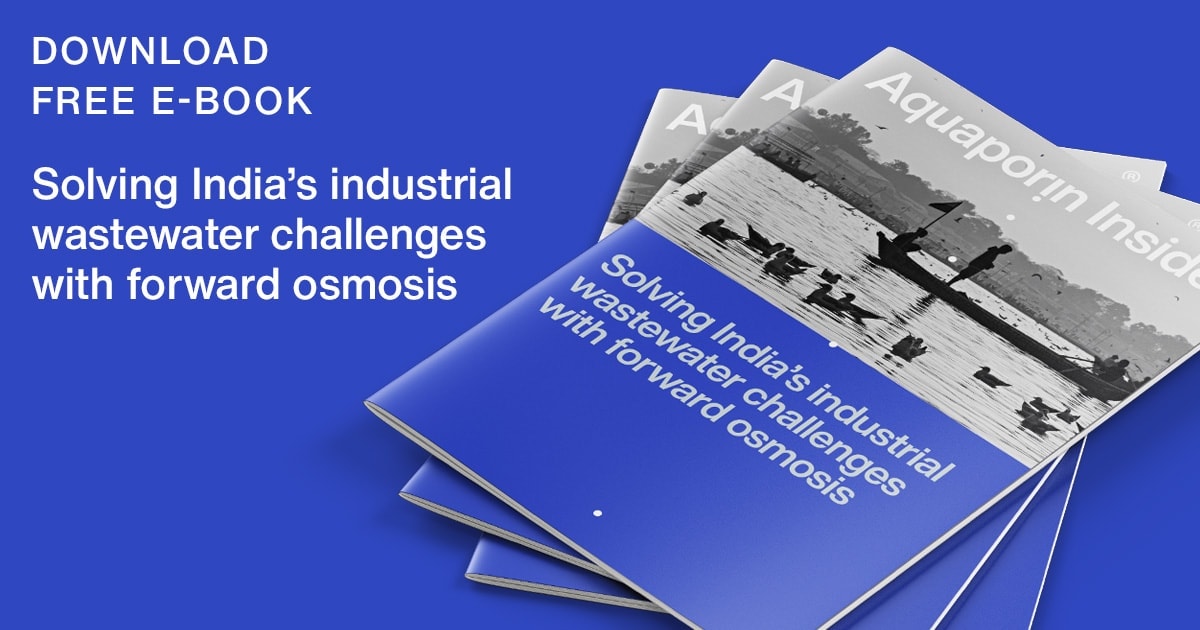 Published on October 20 in Industrial
Want to receive news?
Join our newsletter

We are pleased to announce that we have won a strategic order in China to help a landfill meet the country’s strict discharge limits by treating leachate more efficiently. Managing leachate discharge in China In the first half of 2022, the landfill will receive an advanced containerized pilot system developed by Aquaporin in collaboration with […]
LEARN MORE
1 2 3 … 10 Next »
Interested in doing business with Aquaporin?
Contact us
About Us
CompanyContactCareerGarageAcademyASAPrimer
Navigate
Blog & podcastsCasesDrinking waterIndustrial waterHemodialysis
Info
PatentsCookie policyPrivacy policyTerms and ConditionsPublic - private partnerships
Products
All productsForward osmosis membranesDrinking water membranesZERO - water purifierONE - water purifierCLEAR - Brackish water RO membranesAquaporin Inside® technology
FOllow Us
NewsletterPodcastFacebookInstagramTwitterLinkedInYouTubePR / News
Aquaporin Denmark
Aquaporin A/S, Nymøllevej 78
DK-2800
Kongens Lyngby