Aquaporin A/S and Danish Aerospace Company ApS have today created a new promising Joint Venture company in the space sector under the name Aquaporin Space Alliance (ASA). The new company will commercialize the Aquaporin Inside™ technology in space applications and space programs together with European and US-based entities.

Aquaporin Inside™ membranes offer a broad field of applications within the European and US space programs primarily in Manned Space programs such as those of ESA and NASA and within the new growing private sector space. The membranes use aquaporin molecules for transport of water across a membrane. Aquaporins are Nature’s own water filter and facilitate rapid, highly selective water transport in nature. The physiological importance of the aquaporin in human is perhaps most conspicuous in the kidney, where approximately 150-200 litres of water are reabsorbed from the primary urine each day. Examples of potential space business areas for Aquaporin Inside™ membranes are: Drinking water in space suits, in space capsules and on space stations, clean technical water for specific use e.g. cooling of space suits and spacecraft systems, water for humidity control, batteries and other applications, and water purification of local sources on foreign celestial bodies for future exploration.

“Water and exercise are absolutely essential to keeping astronauts alive and fit on space voyages. With the combination of Aquaporin’s cutting-edge Aquaporin Inside™ membrane technology and Danish Aerospace Company’s extensive space know-how and exercise technology, Aquaporin Space Alliance is ready to provide radical new solutions to the Space Industry capable of keeping astronauts on future manned missions to asteroids and Mars healthy all the way”, says Thomas A. E. Andersen, CEO of ASA.

Aquaporin holds core expertise and patents in the field of aquaporin membranes, and is currently in the process of enhancing scope and manufacturing capabilities to prepare for commercial sales of its membranes by the end of 2013. Over the last year, the company has been delivering test membranes to selected industrial collaboration partners – amongst them, NASA in the US.

Danish Aerospace Company holds key expertise in deploying advanced technology in space projects together with customers in the space field and has done so successfully for 25 years.

By combining the expertise of the two companies, the likelihood of commercial success is greatly enhanced in the view of both parties and their owners. Aquaporin Space Alliance will be the sole interface point to space agencies and space companies in US and Europe for the use of this patented technology. Experts from both founding companies will work together in new product developments to improve and extend the scope of the membranes.

About the companies:
Visit aquaporin.com
Aquaporin A/S is a global cleantech company located in Copenhagen, Denmark. Aquaporin is dedicated to revolutionizing water purification by means of industrial biotech techniques and thinking. The main strategy is to develop the Aquaporin Inside™ technology capable of separating and purifying water from all other compounds.

Visit www.danishaerospace.com
Danish Aerospace Company ApS (Former Damec Research ApS) is a space technology company operating in the area of advanced medical instrumentation and other engineering fields primarily for Space use. The company is located in Odense, Denmark.

Published on July 16 in News, Space
Want to receive news?
Join our newsletter 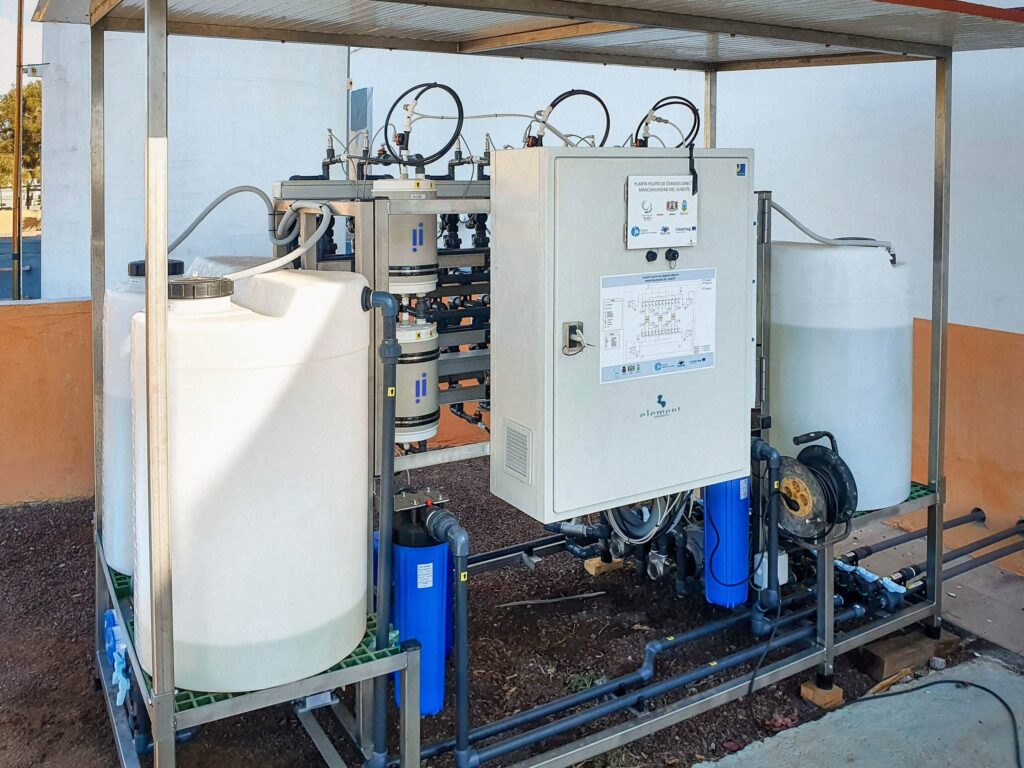 We've made it onto yet another a space mission with our innovative Aquaporin Inside technology. Aquaporin Space Alliance (ASA), a joint venture between us and Danish Aerospace Company (DAC), has been selected for testing in space in 2023. The mission will be led by the Danish astronaut Andreas Mogensen who will test the equipment at […]
LEARN MORE
1 2 3 … 81 Next »
Interested in doing business with Aquaporin?
Contact us
About Us
CompanyContactSustainabilityCareerGarageAcademyASAPrimer
Navigate
Blog, news & podcastsCasesDrinking waterIndustrial waterFood & BeverageHemodialysis
Info
PatentsCookie policyPrivacy policyTerms and ConditionsPublic - private partnerships
Products
All productsForward osmosis membranesDrinking water membranesONE - water purifierCLEAR - Brackish water RO membranesAquaporin Inside® technology
FOllow Us
NewsletterPodcastFacebookInstagramTwitterLinkedInYouTubePR / News
Aquaporin Denmark
Aquaporin A/S, Nymøllevej 78
DK-2800
Kongens Lyngby