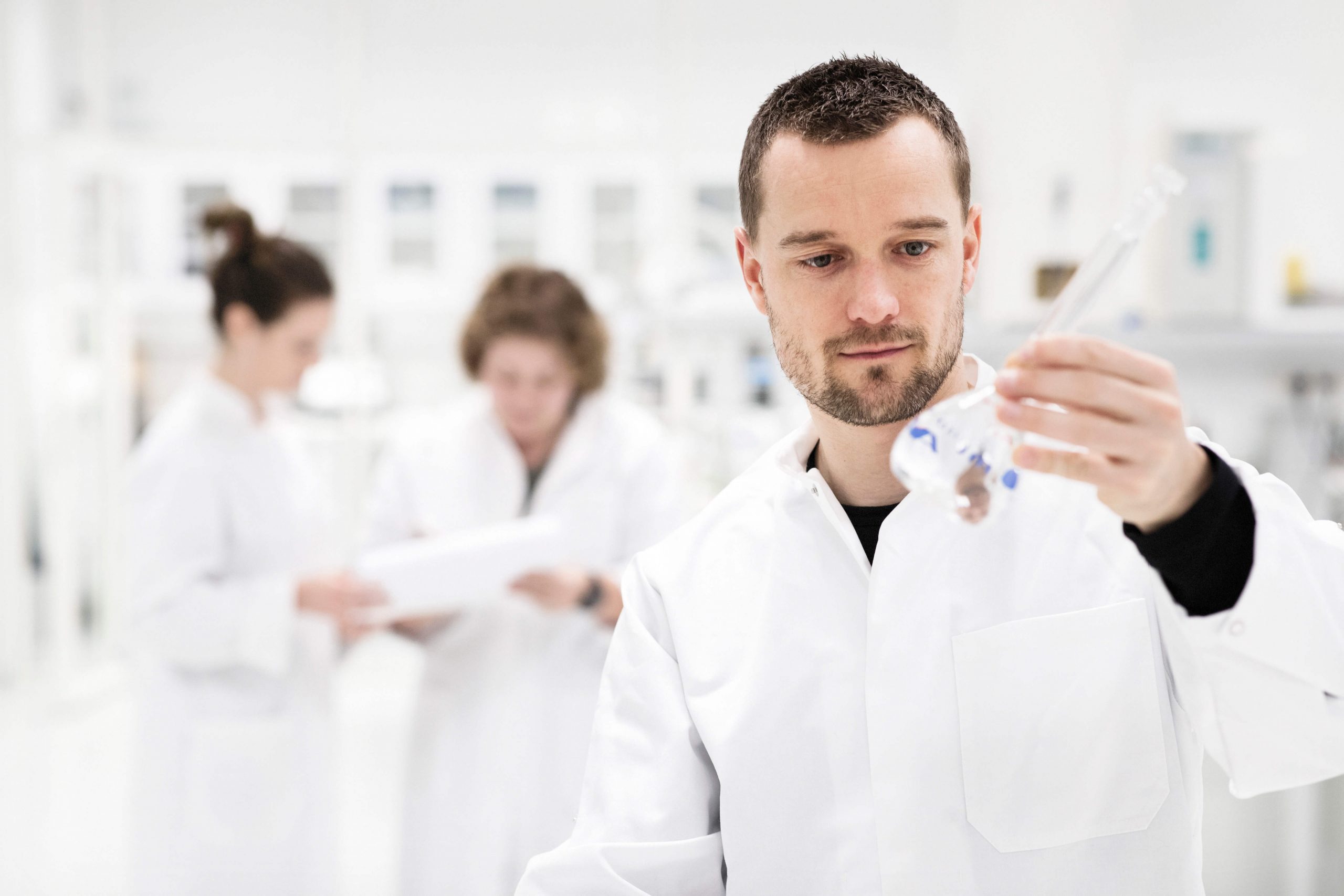 The Aquaporin journey is one of excitement, frustration, false dawns and real success. It’s also full of useful lessons for any start-up thinking of taking lab research into industrial production.

In 2011, I set off with Mark Perry, my boss at the time, on what was probably the most exciting journey of our lives. We were traveling to NASA’s Ames Research Center to test our water purification membranes – a revolutionary water treatment product developed over five crazy and intense years. At that point, the membranes were so delicate, they sat on the seat next to us all the way from Copenhagen in Denmark to San Francisco, California.

The test was a success. We thought we’d made it. But we soon realized that there was still way more to go and many more lessons to learn as we moved to full-scale production. I’d like to share some of those lessons here.

AQUAPORINS AND THE HUNT FOR PURE WATER

Our membranes are based on aquaporins, the proteins that conduct water in and out of all living cells. Aquaporins were discovered in 1992 by Peter Agre, and he won a Nobel Prize for his work. It was the Aquaporin CEO, biochemist Peter Holme Jensen, who realized aquaporins could be used to purify water on a large scale.

At the start, we had big ambitions. We wanted to revolutionize the water treatment industry by creating pure water simply, cheaply and energy efficiently. For a first-generation product, this ambition was perhaps too high.

At the beginning, we were driven purely by science and I can see now that we didn’t engage enough with the industry. As a result, there were steps along the way – short-term goals with opportunities to generate revenue streams using a minimum viable product – that we missed. The balance between science and business is a fine one. You need creativity and high ambitions to develop something new. But you also need another perspective to help you identify other possibilities – opportunities that can help you fund your project as you go or minimize development time.

THE IMPORTANCE OF EMBRACING WHAT'S OUT THERE

It seems like a simple point, but when developing new technologies, it’s essential that you assess industry needs and limitations, as well as current technologies, and let them influence your work. It’s great to create a new product or technology with a point of difference, but it’s much more likely to succeed and be accepted if it builds on what’s already there. Integrating existing technology may also save you some time.

The first membrane we developed needed to be enclosed in a Faraday cage, which blocks electromagnetic fields, in order to maintain and measure membrane stability. We became very good at producing these membranes, but the solution would never work in an industrial setting. It was a blind alley. The membranes we use today are unique, but they’re based on technology that has been used industrially since the 1970s.

These sorts of directional shifts are not unusual in research development. The key is to know when to make the switch from pure science-based thinking, where all the possibilities lie, to more industrial thinking, where reality kicks in. For this, you may need outside help.

FROM LAB-SCALE TO FULL-SCALE PRODUCTION

The membranes we took to NASA were tiny, just 5 centimeters across. To be used on an industrial scale, they needed to be many times that size. We thought we could make the switch ourselves. We now know that industrial upscaling is not as easy as it sounds.

Large-scale production brings entirely new issues, from clogging in the pipes to increased humidity and heat. And it’s not just the size. Full-scale production has to run fast, without the stops and checks of pilot-scale work, and yet there are many more points along the line where something can and will go wrong.

After struggling with these issues, we realized we needed someone who had worked with full-scale membrane production before and really understood the challenges. Eventually, we brought on an expert full-time. It is something I would urge start-ups to do earlier as opposed to later.

The Aquaporin story is one I’m extremely proud of. We never lost belief and we always maintained our desire to think differently, to challenge the industry and find new solutions. We have broken new ground.

But the water treatment industry is much more complex than we realized at the start – a single silver bullet will not solve the multiple challenges the industry faces; and science alone can have little impact if it can’t be implemented to suit current industry requirements and capabilities. It’s the same for many industries, which is why early development projects need to find the right balance between science and new thinking on the one hand; and practical here-and-now application on the other.

My advice? Maintain contact with industry experts from the beginning, but make sure those experts don’t stifle your dream. Because, as a start-up, you need to think big, but you also need a reality check every once in a while.

How do we make membranes at Aquaporin?

At Aquaporin, we design and produce innovative reverse and forward osmosis membranes for liquid separation that can be applied during water treatment, food processing, pharmaceutical wastewater treatment, and much more. If you’re curious to know how we do it and where our challenges and opportunities lie, I give you a sneak peek here. By Maria […]
LEARN MORE

Use nature to stand out in the water purifier market

The competitive market for household water purification puts players under pressure to innovate and differentiate their products. Nature’s own solution to water purification may be just what you need to make your water purifier stand out. If you work in a water purifier company, you are probably already familiar with the constant search for a […]
LEARN MORE
1 2 3 … 6 Next »
Interested in doing business with Aquaporin?
Contact us
About Us
CompanyContactCareerGarageAcademyASAPrimer
Navigate
Blog & podcastsCasesDrinking waterIndustrial waterHemodialysis
Info
PatentsCookie policyPrivacy policyTerms and ConditionsPublic - private partnerships
Products
All productsForward osmosis membranesDrinking water membranesZERO - water purifierONE - water purifierCLEAR - Brackish water RO membranesAquaporin Inside® technology
FOllow Us
NewsletterPodcastFacebookInstagramTwitterLinkedInYouTubePR / News
Aquaporin Denmark
Aquaporin A/S, Nymøllevej 78
DK-2800
Kongens Lyngby